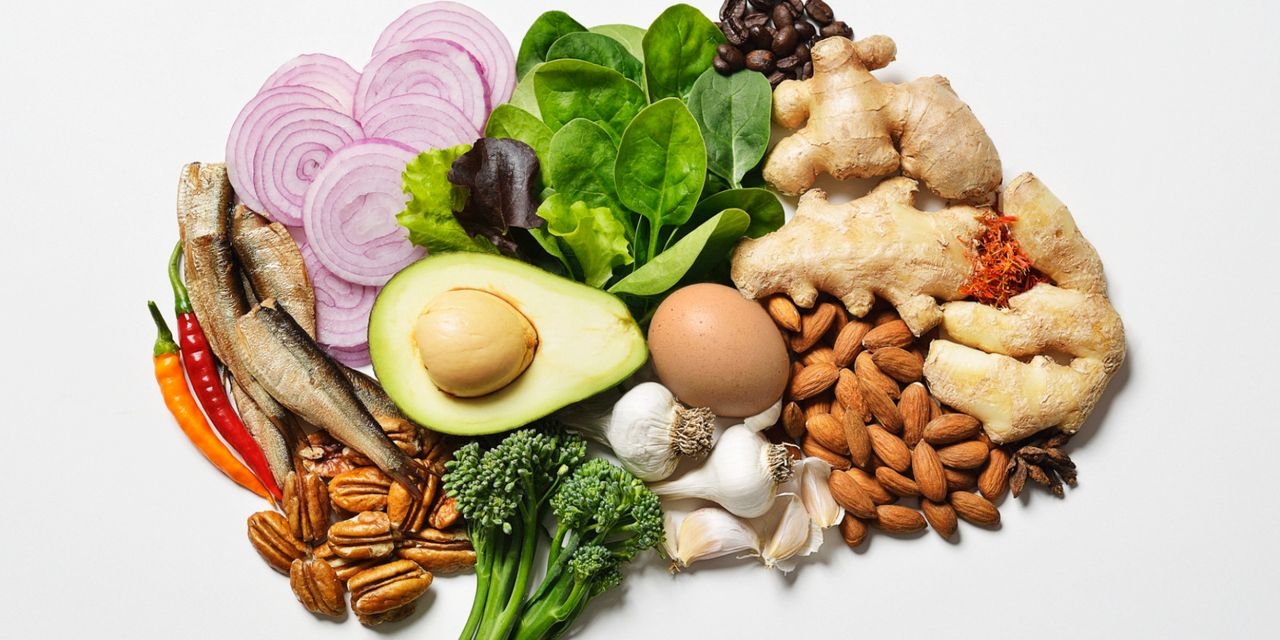 The brain is an energy-intensive organ, using around 20 percent of the body's calories, so it needs plenty of good fuel to maintain concentration throughout the day.

The brain also requires certain nutrients to stay healthy. Omega-3 fatty acids, for example, help build and repair brain cells, and antioxidants reduce cellular stress and inflammation, which are linked to brain aging and neurodegenerative disorders, such as Alzheimer's disease.

The 12 best brain foods are:

Oily fish are a good source of omega-3 fatty acids. Omega-3s help build membranes around each cell in the body, including the brain cells. They can, therefore, improve the structure of brain cells called neurons.

A 2017 study found that people with high levels of omega-3s had increased blood flow in the brain. The researchers also identified a connection between omega-3 levels and better cognition, or thinking abilities.

These results suggest that eating foods rich in omega-3s, such as oily fish, may boost brain function.

Examples of oily fish that contain high levels of omega-3s include:

People can also get omega-3s from soybeans, nuts, flaxseed, and other seeds.

Antioxidants are especially important for brain health, as the brain is highly susceptible to oxidative stress, which contributes to age-related cognitive decline and brain diseases.

Cacao flavonoids seem to be good for the brain. According to a 2013 review, they may encourage neuron and blood vessel growth in parts of the brain involved in memory and learning. They may also stimulate blood flow in the brain.

Some research also suggests that the flavonoid component of chocolate may reverse memory problems in snails. Scientists have yet to test this in humans.

However, a 2018 study in humans also supports the brain-boosting effects of dark chocolate. The researchers used imaging methods to look at activity in the brain after participants ate chocolate with at least 70 percent cacao.

The researchers concluded that eating this type of dark chocolate may improve brain plasticity, which is crucial for learning, and may also provide other brain-related benefits.

Like dark chocolate, many berries contain flavonoid antioxidants. Research suggests that these may make the berries good food for the brain.

Antioxidants help by reducing inflammation and oxidative stress. The antioxidants in berries include anthocyanin, caffeic acid, catechin, and quercetin.

A 2014 review notes that the antioxidant compounds in berries have many positive effects on the brain, including:

Antioxidant-rich berries that can boot brain health include:

Nuts and seeds are a plant-based source of healthful fats and proteins.

Eating more nuts and seeds may be good for the brain, as these foods contain omega-3 fatty acids and antioxidants.

A 2014 study found that a higher overall nut intake was linked to better brain function in older age.

Nuts and seeds are also rich sources of the antioxidant vitamin E, which protects cells from oxidative stress caused by free radicals.

As a person ages, their brain may be exposed to this form of oxidative stress, and vitamin E may therefore support brain health in older age.

A 2014 review found that vitamin E may also contribute to improved cognition and reduced risk of Alzheimer's disease.

The nuts and seeds with the highest amounts of vitamin E include:

Eating whole grains is another way to benefit from the effects of vitamin E, with these grains being a good source of the vitamin.

Coffee is a well-known concentration aid — many drink it to stay awake and encourage focus.

The caffeine in coffee blocks a substance in the brain called adenosine, which makes a person feel sleepy.

Beyond boosting alertness, a 2018 study suggests that caffeine may also increase the brain's capacity for processing information.

The researchers found that caffeine causes an increase in brain entropy, which refers to complex and variable brain activity. When entropy is high, the brain can process more information.

Coffee is also a source of antioxidants, which may support brain health as a person gets older. One study has linked lifelong coffee consumption with reduced risk of:

Caffeine can, however, affect a person's sleep and doctors do not recommend caffeine consumption for everyone.

A source of healthful unsaturated fat, avocados may support the brain.

Thus, by reducing high blood pressure, the unsaturated fats in avocados may lower the risk of cognitive decline.

Other sources of healthful unsaturated fats include:

Peanuts are a legume with an excellent nutritional profile. They contain plenty of unsaturated fats and protein to keep a person's energy levels up throughout the day.

Peanuts also provide key vitamins and minerals to keep the brain healthy, including high levels of vitamin E and resveratrol.

Resveratrol is a natural non-flavonoid antioxidant found in peanuts, mulberries, and rhubarb. Evidence from a review article suggests that resveratrol can have protective effects, such as helping to prevent cancers, inflammation, and neurological diseases, including Alzheimer's and Parkinson's.

Enjoyed by many for breakfast, eggs can be an effective brain food.

They are a good source of the following B vitamins:

Broccoli and other cruciferous vegetables are rich in fiber and nutrients.

As well as being a low-calorie source of dietary fiber, broccoli may be good for the brain.

Broccoli is rich in compounds called glucosinolates. When the body breaks these down, they produce isothiocyanates.

Isothiocyanates may reduce oxidative stress and lower the risk of neurodegenerative diseases.

Other cruciferous vegetables that contain glucosinolates include:

Like broccoli, kale contains glucosinolates, and leafy greens also contain other key antioxidants, vitamins, and minerals. This is why many consider kale to be a superfood.

Soybean products are rich in a particular group of antioxidants called polyphenols.

Research has linked polyphenols with a reduced risk of dementia and improved cognitive abilities in regular aging processes.

Soy products contain polyphenols called isoflavones, including daidzein and genistein. These chemicals act as antioxidants, providing a range of health benefits throughout the body.